“We train these people, give them the skills they need, and then they stab us in the back?”

“It was the right move. We’re lucky to have him as a contractor now.”

Veer Saini, the head of creative services at the advertising firm Blackbird, was referring to one of his star designers, Ishan Misra, who had left months earlier to start his own agency. Blackbird had become its first client, and now Veer was stopping by the office of HR director Diya Mathur to update her on how things were going.

At first Diya had been skeptical about the arrangement, but she’d ultimately bought Veer’s argument that Ishan was determined to strike out on his own and that they’d be fortunate to keep working with him in any capacity. Ishan was also immensely grateful for their support. And so far, the situation seemed to be working out.

“I’m certain he’ll have other clients in no time,” Veer continued. “It was always clear that he wasn’t just a top-notch creative but someone who could excel on the client management side as well. Here, with our size, he’d never be able to do both.”

Blackbird, based in Delhi, had 200 employees organized into three divisions: account services, media, and Veer’s group, creative, which comprised more than 50 people, including 12 designers. They created websites and promotional material for clients—mostly small and midsize businesses. When the group had a large project or got particularly busy, Veer would outsource 1 some of the design work to freelancers or small boutique agencies. Ishan had been in charge of managing those contractors, and he’d been frustrated at times with the quality of their work. He felt he could do better.

When Veer first ran the idea of turning Ishan into a contractor by Diya, he pitched it as a win-win. His team would get reliable outside help, and Ishan would be able to pursue his dream of building his own venture. After getting over her initial hesitation, Diya saw that there was an added benefit. Their support of Ishan would send employees a positive message: Blackbird was invested in their future, even if it wasn’t at the firm. Ishan would also join the company’s alumni network, which Blackbird used as a recruiting tool.

“There is one issue I wanted you to be aware of,” Veer said cautiously.

Get updates and learn from the best 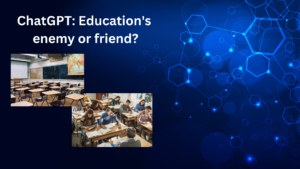 Open-AI unveiled the newest test of the inventive human intellect on November 30, 2022. ChatGPT is a communicative bot that responds to user questions in 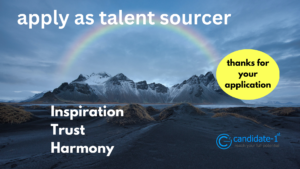 Talent Sourcer (remote) Dedicated recruiters or recruitment partners are welcome Are you an expert in networking and do you easily make contact? You have to